A lot of people think gorillas are afraid of water. They´re not. There are some individuals in zoos over here who go partly in the water. Either for food or to cool of when it's nice weather). The biggest fans of water I know live in Apenheul. There they have a very large island, surrounded by a lot of water. Number one over there is female Gyasi. But also some younger gorillas love the water.

Gorillas have no fear, but a lot of respect for water. They can't swim and apparently know to be careful. About that swimming, just like us humans they can't. We are instructed how to swim. There are no job openings for swimming teachers in zoos

That's a good thing, now they can be kept on islands with water around it.

A Lot of people think/say that we can swim without getting instructed. But that's not true. We know how to stay above the water for as long as possible when we fall in it without knowing how to swim. We can move our arms for a while to prevent drowning immediately. We can also then scream to notify others who can save us. And then, when we go under, we know to keep our mouth shut to prevent swallowing water.

But with gorillas it's a problem if he/she falls in deep water. Because of how they're build (large/heavy upper body compared to lower body) they would immediately fell over and drown. They won't have a change to wave with these long arms. They wouldn't close their mouth, they'd just continue breathing and then it's 'end of story'

I know one gorilla who had a big fear of water: Jambo, living in Apenheul. When he arrived there (late 2006) he refused to even come close to water for many, many, many years). It took him almost 10 years (!) to get over that fear! Too bad for the other gorillas

They knew that Jambo wouldn't take their food when they'd sit close to the water. But when he was over his fear, he even took food out of the water, very very very carefully (I took this photo on 28 October 2016) 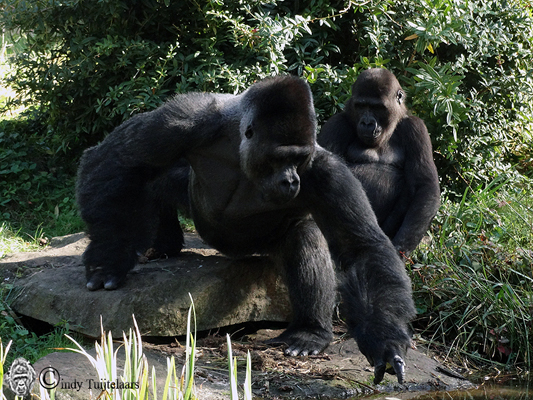 Click here for a video of the biggest water fan, Gyasi. 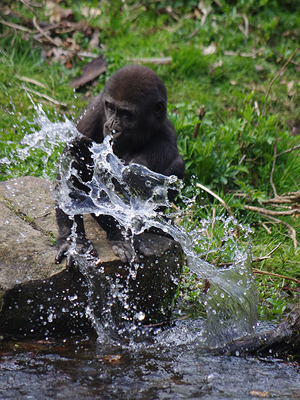 I don't remember who 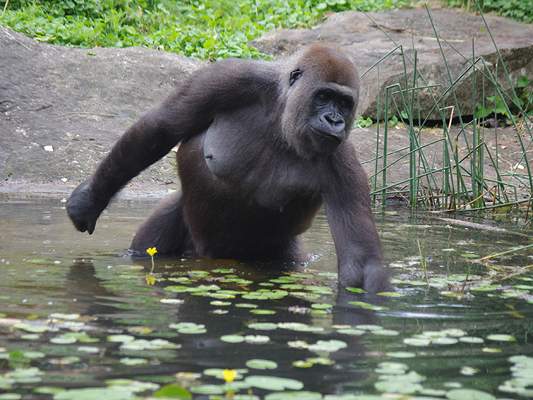 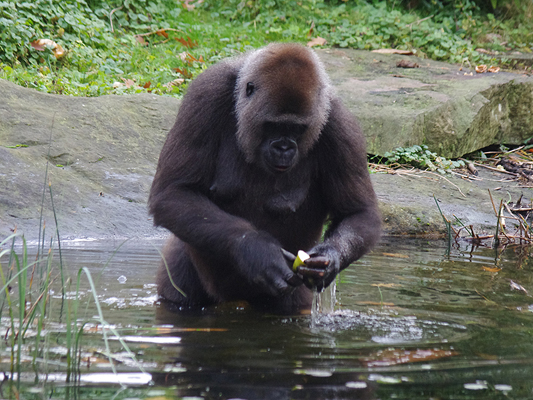 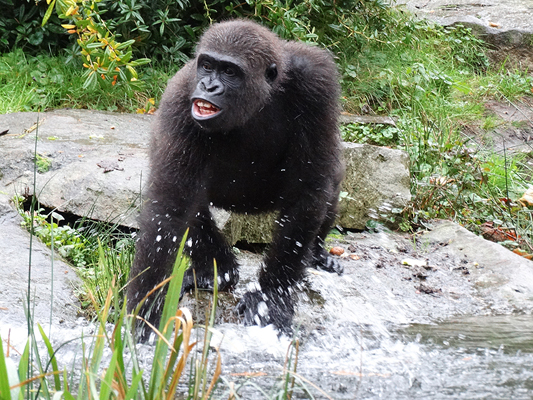 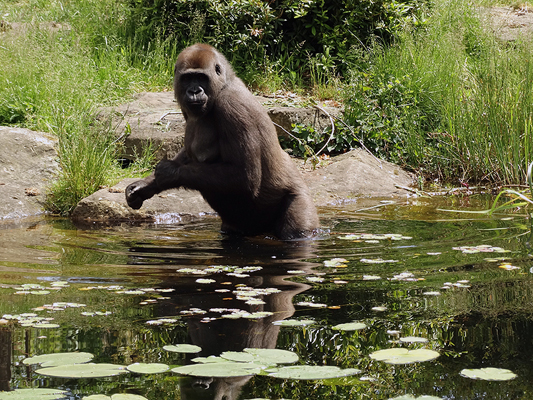 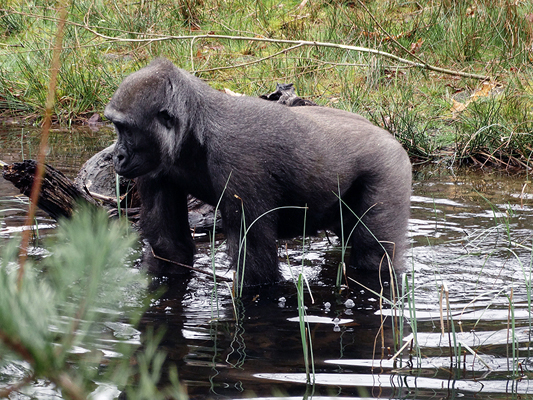 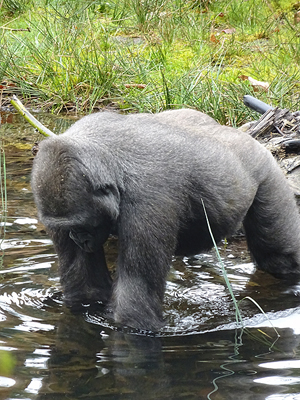 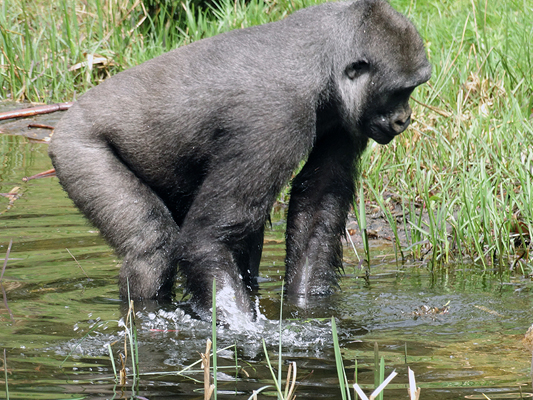