There are several reasons why I delete the sound.

2) Both inside and outside in Burgers' Zoo, visitors look at the gorillas in a building (with walls, windows and a roof). So IF they make sound, you don't or barely hear it. For example: when a gorilla coughs lightly, you don't hear it. When the kids are playing and laughing, you don't hear the laughing. When a gorilla screams (sometimes the females have arguments over food) you hear it, but not as loud as you'd hear it when there aren't walls, windows and a roof. The screaming is still loud enough;

3) There are always lots of visitors, including lots of (almost always screaming) kids. These visitors talk a lot! They do that in Dutch! And often they talk very loud (way too loud)!

4) When I'm all alone looking at the gorillas (which sometimes happens) I speak out loud. I say the names out loud, so when I look back at the original videos in about 10 years I have the names. Or I even talk to the gorillas ;-) For instance "Nakou, stop teasing your brother like that". Just talking out loud; I don't hear them, so they don't hear me. It's just a way of behaving LOL. Sometimes I also speak with other visitors, in Dutch 98% of the time, sometimes in German or English! Most of the time about gorillas, but also about other things. There's no need for that to be heard in the videos.

The only reason I would have sound with my videos would be if you could hear the gorillas, but that rarely happens and  see the above (you won't hear it thanks to noisy people).

Here some video screenshots (bad quality; I'll take photo's the next time) of where you can look at the gorillas in Burgers' Zoo. 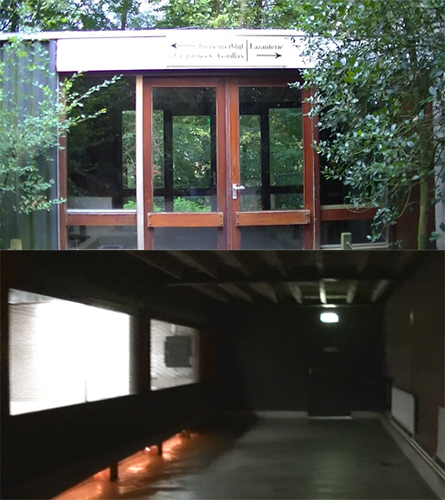 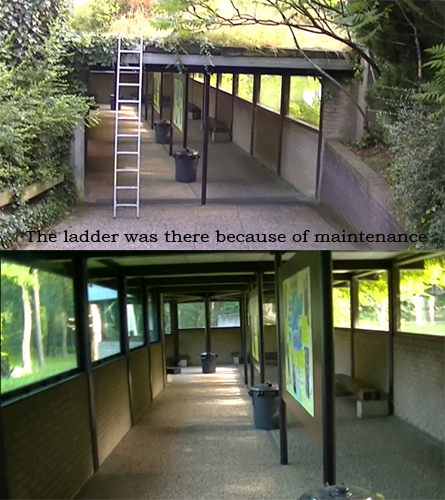